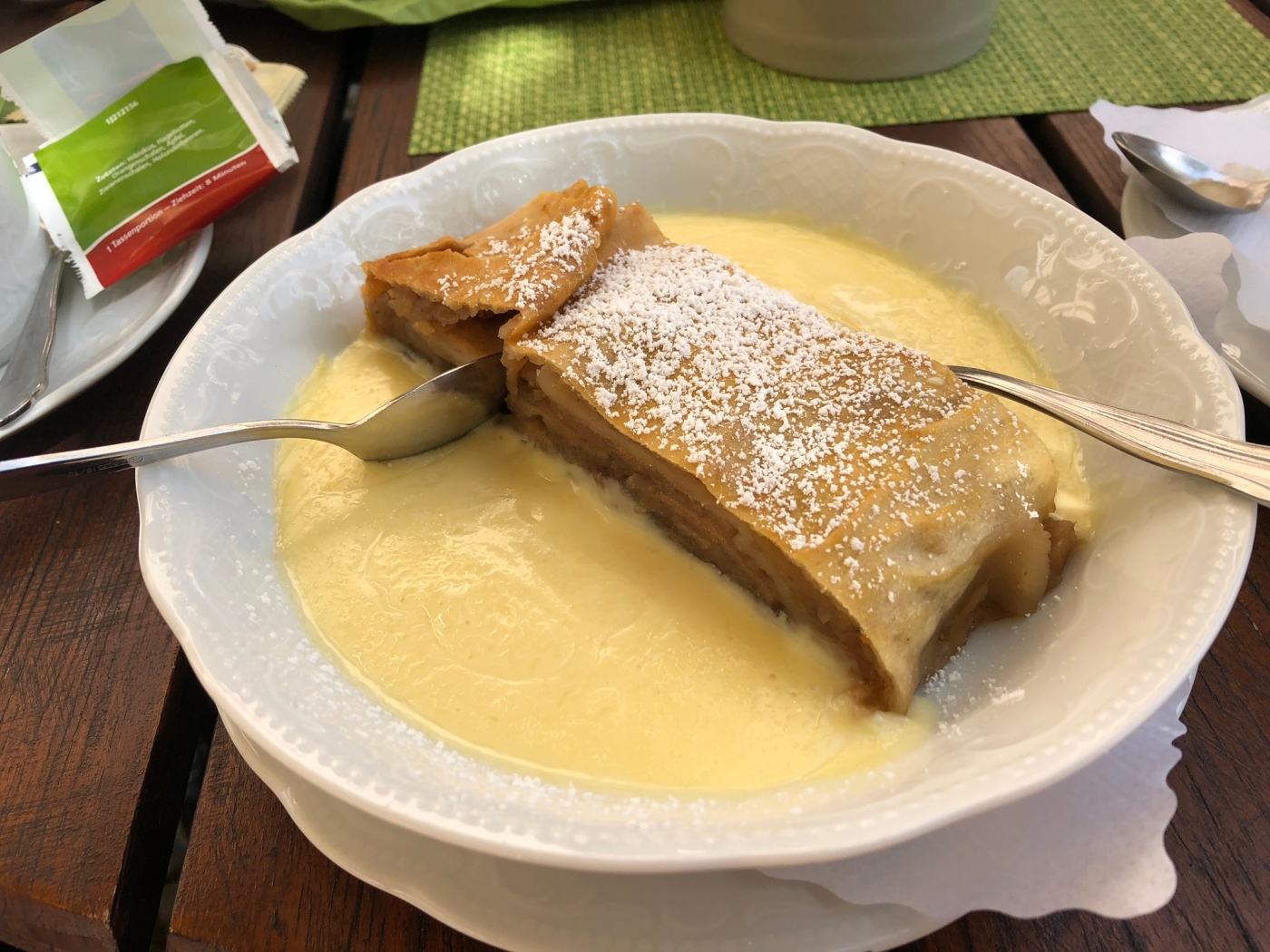 It’s been a month since my last pilgrimage post...no, I did not forget about the second half of our pilgrimage! We have NINE days left to journey!

But life happened here in Nebraska—school started with a week of teacher planning days, our daughter, Jessica, came home for two weeks, her boyfriend came to visit for several days, I had the first few weeks of school with students, we celebrated the wedding of dear friends, helped Jessica move to Madison, Wisconsin, had more weeks of school….and, you get the point. I need another pilgrimage. 🙂

Friday, June 21 —Our stay at St. Ottilien ended with Mass in the chapel with Fr. Volker Futter and Fr. Anastasius Gunter Reiser, who spent several months at Christ the King Priory in Schuyler last year.  St. Otillien Congregation of Missionary Benedictines is the motherhouse of Münsterschwarzach Abbey and the Missionary Benedictine Sisters of Tutzing.

In 1884 Andreas Amrhein, formerly a Benedictine from Beuron Archabbey (that I visited with my cousin Jefferey), had a vision of combining the Benedictine way of life—following the Rule of St. Benedict, practicing hospitality and promising stability, obedience and conversion of life—while also serving as missionaries. In 1887 the community settled in Emming at an existing chapel called St. Ottilia, and the congregation took the same name.

I am so impressed with the blending of traditional and contemporary art at St. Otillien and many German monasteries, and the continued practice of praying the Psalms that pre-date Christianity, while also participating in the commitment to Catholic social teaching, embracing inclusive social justice values. The Benedictines in Germany give me hope for the future.

On our way to St. Johann, Austria, where we were to settle down for three nights, we made stops in Garmisch and Innsbruck, Austria. Most memorable in Garmisch was stopping for an iced coffee (which delightfully turned out to be half ice cream) and ordering a small snack (which turned out to be a huge slice, but the best apple strudel with cream sauce EVER. Desserts shall be sworn off for a week, or at least for the afternoon.

Most notable in Tirol’s capital of Innsbruck was a trip to the Stadtturm (city tower) of Altes Rathaus (Old Town Hall) and its spiral staircase. There are two flights of spiral stairs, one for going up and another going down. The 360 degree view of mountains, medieval buildings and St. James Cathedral from atop the tower is amazing. 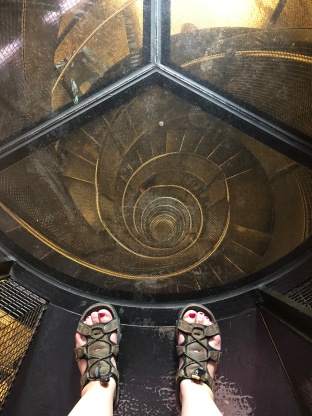 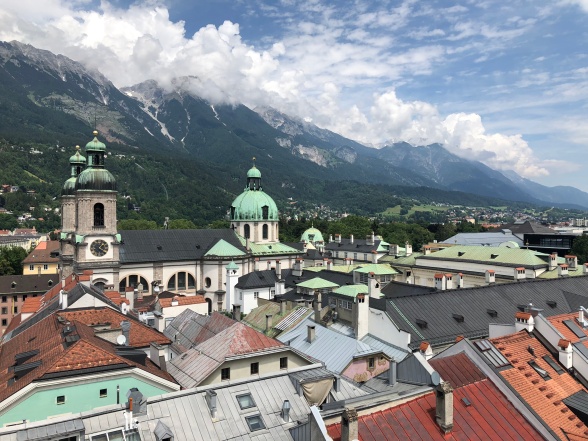 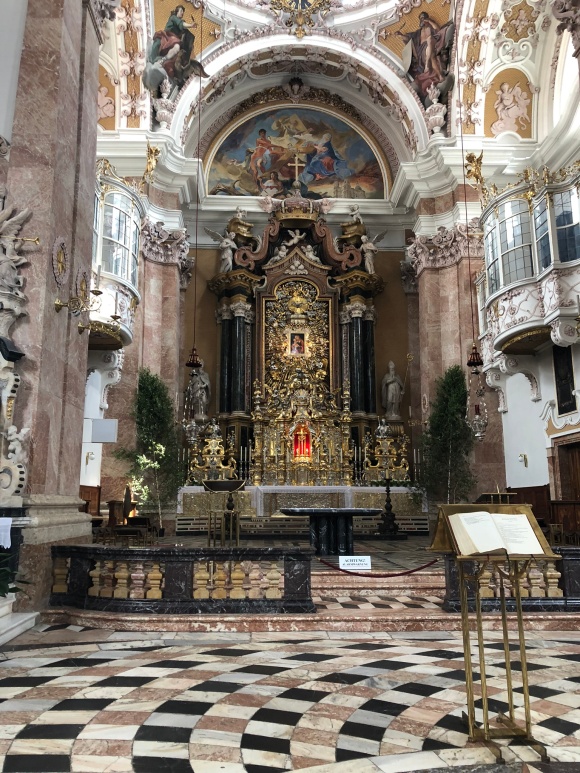 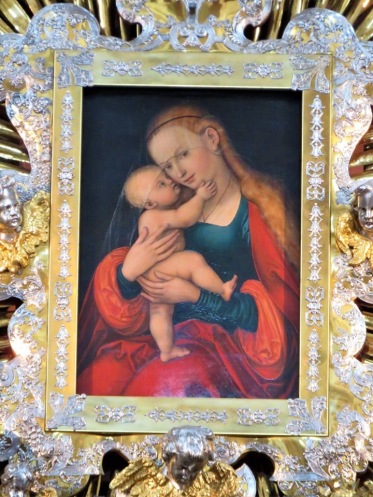 The evening ended with wonderful dinner conversation, amazing food and much laughter. After our morning coffee (with ice cream) and apple strudel, our table of pilgrims decided we would all share ONE dessert of, yes, more apple strudel. We could eat not one more bite, we all said. But, not hearing our protests, our efficient waiter placed a single dessert in front of each of us. We rose to the occasion and yes indeed, each of us ate every last bite! We died laughing at our intentions, followed by an immediate inhalation of our second apple strudel with cream sauce for the day. 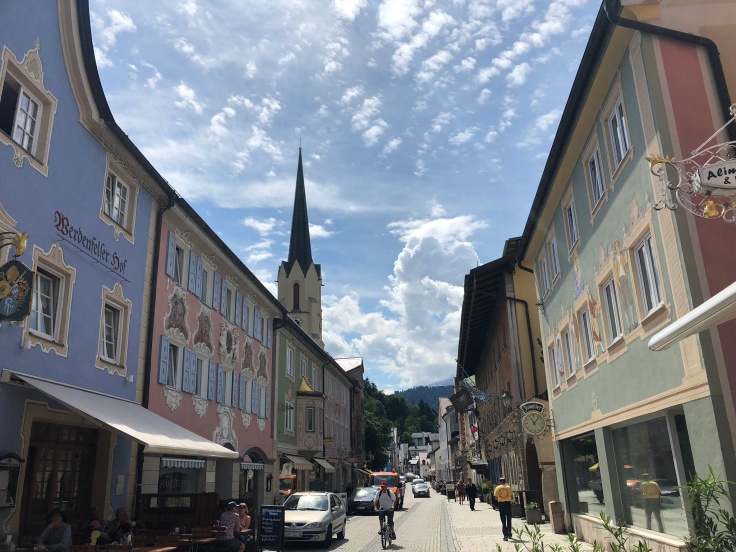 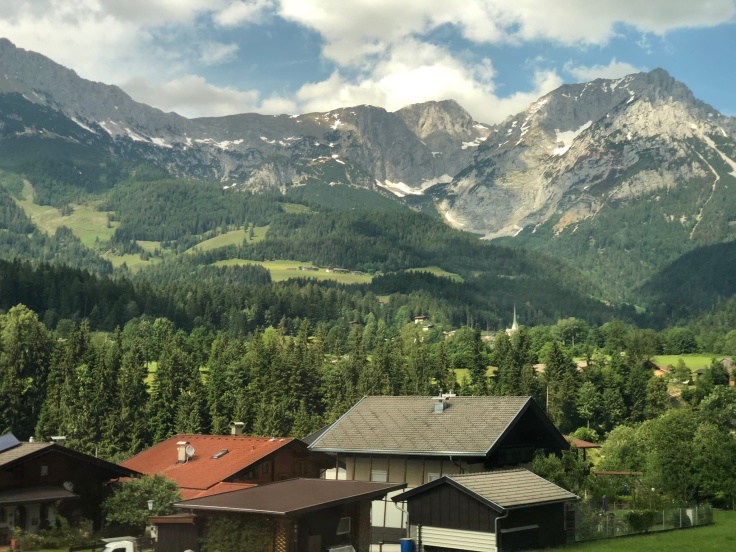 2 thoughts on “Always Room for Dessert: A Benedictine Pilgrimage, Part 8”