He Appeared In Another Form 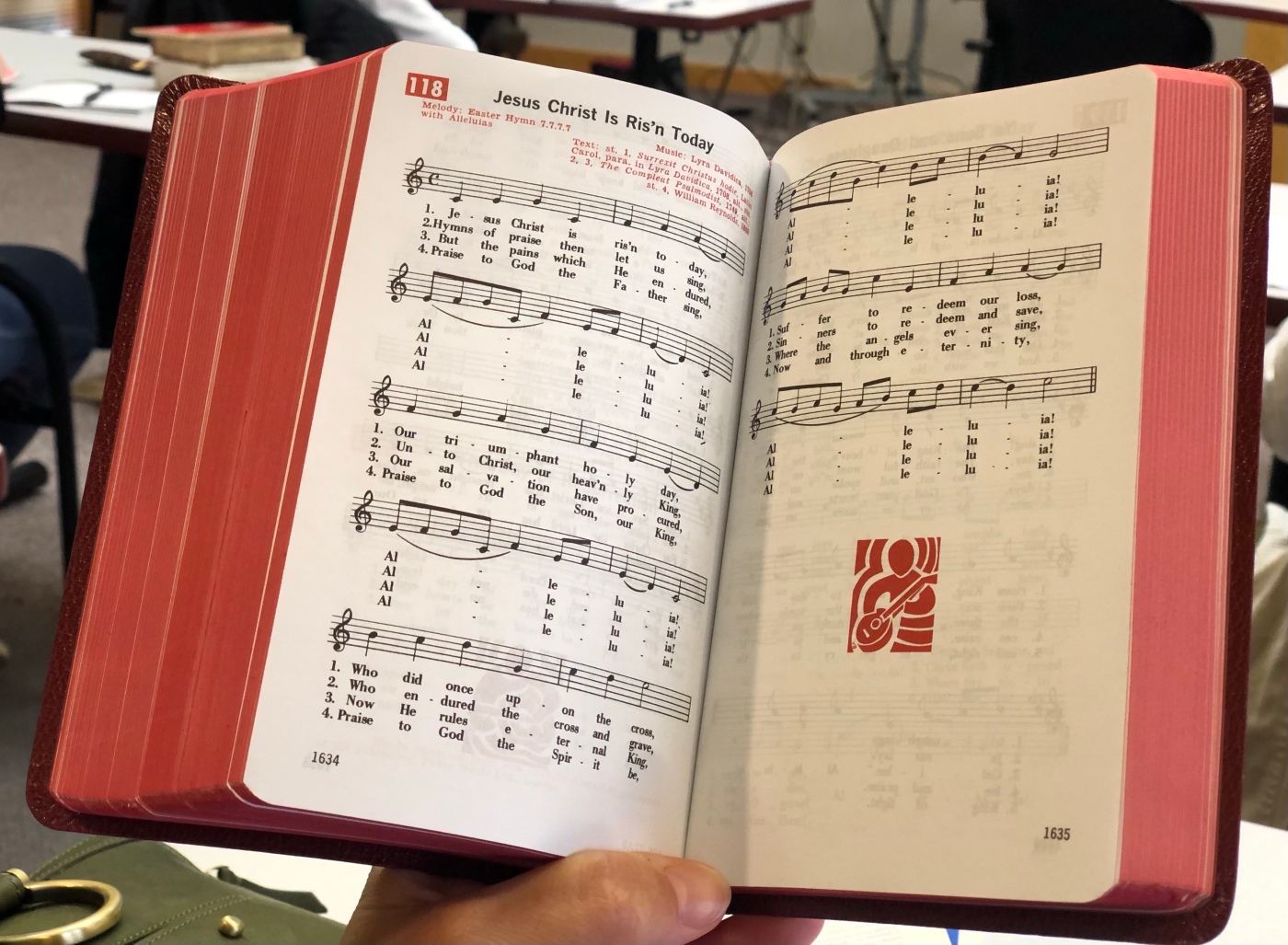 Sources: Lectio Divina, Mark 16: 9-15, “Go into the whole world and proclaim the Gospel to every creature.”

9 When Jesus had risen, early on the first day of the week, he appeared first to Mary Magdalene, out of whom he had driven seven demons.

10 She went and told his companions who were mourning and weeping.

11 When they heard that he was alive and had been seen by her, they did not believe.

12 After this he appeared in another form to two of them walking along on their way to the country.

13 They returned and told the others; but they did not believe them either.

14 But later, as the Eleven were at table, he appeared to them and rebuked them for their unbelief and hardness of heart because they had not believed those who saw him after he had been raised.

15 He said to them, “Go into the whole world and proclaim the Gospel to every creature.”

Words or phrases that resonated:

As often happens, our discussion leaves us with many questions. It seems odd that the disciples, who had such an intimate relationship with Jesus, do not believe the news that Mary Magdalene delivers—that the Christ has risen! Jesus appears in at least two forms in this verse—he appears, and then appeared in another form, and even later to a stranger.

But why did the disciples not believe? What made them skeptical? Their hearts are hardened; they are filled with unbelief. Were they not open to seeing Jesus in a new form? Did Jesus not appear to them in the form they wanted or expected or found believable? Did they not believe the news because it came from a woman? Had it been from a man, would they have believed? Were they in such an exclusive clique that they could not believe that another—a woman, or stranger—could see Jesus differently than them? THREE times they did not believe.

We all struggle with disbelief from time to time—it is good to ask ourselves why. Our faith is something we must practice. We must continue practicing and opening our eyes to see new forms of the Christ. It is a paradox that we are to go into the world to proclaim the Gospel, to share our faith stories, to share how Christ appears to us—and yet, we are skeptical and tend not to believe how others have seen Christ as he appears to them.

Perhaps there is some comfort that the disciples, Jesus’ dearest followers, also have unbelief, anxiety, fear, and guilt, while hiding out in the upper room. There is so much humanness in their disbelief. This, too, can be our experience when we grieve losing someone we love. We can get stuck in the grieving, perhaps not seeing the new form our loved one has taken. Did the disciples have guilt, as we might? Did we do enough? It was the women, not the disciples, who stayed at the cross. It was a woman who saw Christ in a new form—perhaps the disciples feel some guilt for this.

Mary Magdalene’s experience of Christ includes a relationship where Jesus “had driven seven demons” from her.  Just as Mary Magdalene, we have a private experience of how Christ reaches us. Perhaps it is through our own weaknesses, our “sin”,  a place where we are separated from God and others that Christ enters, making whole what is broken. God still chooses us to share and to lead, even in our weaknesses, just as Jesus chose Peter.

As we share our faith, there may be some who do not believe. This is good cause to consider whether we might discount other’s stories because of who they are—a woman, a stranger, someone not in our accepted group, our income category, denomination, or religion. But it is through common people that God works. We are to announce the gospel just as we are. God uses the ordinary, whomever he chooses.

Our practice of group Lectio Divina is this “living the Gospel“—sharing our faith with others just as Jesus instructs. It is so insightful to learn how Christ appears to others—in relationships, in our environment and in nature.

Our afternoon discussion is on Leadership and Right Relationship, chapters in Always We Begin Again.

“A fit leader must attune to the variations in people.”

It is too easy to pass judgement on a leader’s effectiveness, but so much more difficult to be an effective leader. Leaders must adapt to each person in their charge, responsible for the well-being of the people they lead. To be a good leader it is important to show care and compassion, to help everyone feel worthwhile, that they contribute something to the whole, and with no one being overly concerned about who gets credit.

“An abbot needs to know the strengths and weaknesses of each of the monks in his community.”

Listening to the wisdom of the group is imperative for a leadership. In lectio we listen to each other’s interpretation and consider all input. What a wonderful example of leadership in action! Everyone needs to feel heard. The root of most problems come from when one does not feel heard or that their contribution is not valuable. There is no leadership without listening. Being part of an organization, team or group, one must learn to accept the decisions of leadership once input is taken—with no murmuring as Benedict instructs.

“We each see the world from divergent viewpoints, and we are equal participants in the cosmic game.”

There is a BIG picture that we cannot always see with varying viewpoints. Only God holds all the viewpoints. Perhaps it is easier to accept a difference in opinion if we can see different viewpoints as coming from God. Underlying is the need for healthy respect, of listening to understand the other. Having respect for the leadership authority can be helpful when one’s opinion is different than the decision we might have chosen. Trust can be built through listening, but can be destroyed easily. The pandemic has been stressful for so many because one may have not had a voice or felt that they were heard in decision making.

The leader may need to make a decision that people do not like, but a good leader listens to their conscience and to God in prayer. It is worthwhile to contemplate: was Jesus a good leader? The disciples made different choices with many mistakes, yet Jesus cared for them each uniquely and gave them an example of a loyal leader. A leader speaks with sincerity, clearly communicates with each person and expresses care and compassion (do not underestimate tone of voice.) When we have respect our leaders, we can accept much that we don’t agree with or would rather not comply with, but if one feels cared about and listened to, this is so much.

When the community knows that their opinions have been heard and reflected on by the abbot, morale grows, generosity increases, and fraternal respect for one another intensifies among them..

Our encounters, experiences, and how we use our time is how we become Christ collaborators and co-creators. Acts of mercy flow from the right relationship with God.

2 thoughts on “He Appeared In Another Form”